How pollution affects your skin — and how to repair the damage

We all know pollution is a problem. From the Great Pacific Garbage Patch, to the perpetual smog that hangs over cities worldwide from L.A. to Beijing, it’s inescapable. In fact, there is almost nowhere on earth completely free from the effects of pollution. That’s a pretty depressing fact, and we should all do our part to help reduce pollution and make the world a better, healthier place. But whatever our individual efforts, living with pollution is a fact of life. That’s why it’s important to know what that pollution is doing to our bodies, and how best to combat the damage it causes. 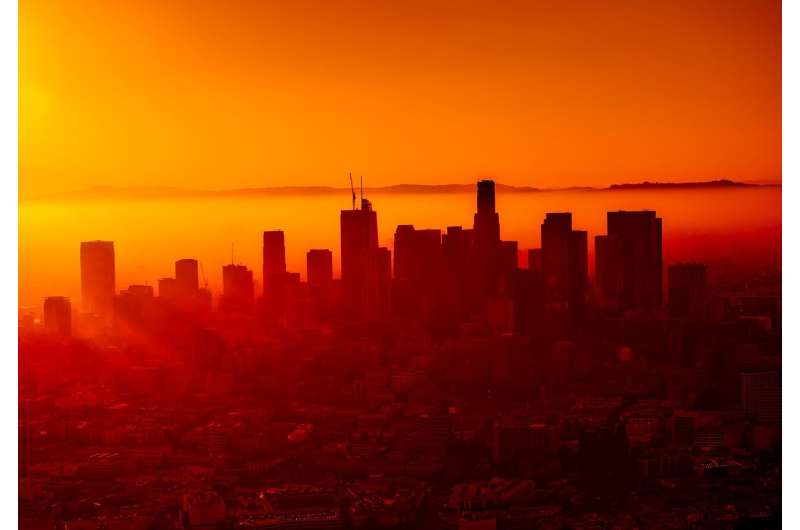 The answer might seem obvious, but what really defines pollution? Generally pollution means contamination in a natural environment that has a harmful effect. Almost anything can be pollution, from chemical spills and discarded trash, to sounds and light. When we think of our skin, however, we think of vehicle emissions, smog, and smoke.

These pollutants aren’t just bad for our appearance. Worldwide, about 9 million people die premature deaths because of pollution every year. A study on “Air pollution and climate change effects on allergies” estimated as many as 50,000 Americans die each year because of pollution.

We've known about the harm pollution causes since the start of the Second Industrial Revolution. Chicago and Cincinnati were the first American cities to pass clean air laws, in 1881, but that did little to stop progress. By the 1940s, smog was a real problem in Los Angeles, and remains so today. Despite the pandemic shutdown, 2020 was L.A.’s worst year for air quality in decades. In the 1950s, Congress tried to control pollution with several Acts, including the Clean Air Act, Clean Water Act, and National Environmental Policy Act. Even so, pollution is something we continue to live with, and the price for that can show on our skin.

Air pollution contains several substances that are harmful to our skin. These include ozone, carbon monoxide, and nitrogen dioxide. Additionally, soot and dirt particles in polluted air can also be harmful to the skin.

The effect of pollution on skin

Our skin acts as a barrier against contamination, keeping harmful substances out of our bodies. It comes under attack every single day from pollutants in the air, as well as UV light, germs, bacteria, and temperature changes. Our bodies are under attack 24/7 and our skin is always on the front line. The damage it sustains while protecting us shows in changes such as fine lines and wrinkles, discoloration, and uneven textures.

Pollutants damage our skin by breaking down collagen (which keeps skin strong and supple) and lipids (that regulate moisture). One study showed that pollution caused by traffic is associated with signs of premature aging. An increase of just 10 micrograms of nitrogen dioxide (NO2) per cubic metre increased age spots by 25 percent. For comparison, that’s equal to 4.9 parts per billion and the EPA National Standard for NO2 in air is 100 parts per billion. When it comes to NO2 pollution, even the smallest increase can have a major effect on our skin.

Even if the gases within air are low enough to be considered safe, the dirt that comes from pollution is also harmful to our skin. Known as small particulate matter, tiny pieces of soot and debris can build up on the surface of our skin, leading to outbreaks and irritation. Sources of these pollutants include:

— Not the sort of things you want to get onto your skin!

Pollution can even get into our skin. Particulate matter is anything smaller than 2.5 microns in width, and the average skin pore is 50 microns in diameter. That means those particles are small enough to get inside pores, where they can’t easily be washed away. There they mix with skin oils and clump together, blocking pores and causing spots and infections.

Although NO2 and particulate matter are bad for our skin, the most damaging pollutant is ozone. Ozone is a toxic gas caused when UV light triggers a chemical reaction between nitrogen oxides (NOx), and hydrocarbons known as Volatile Organic Compounds (VOCs).

The most common source of UV light is sunlight. Even on cloudy days, enough of it reaches the earth to trigger this reaction. Nitrogen oxides are formed by combustion, mostly from power stations and vehicles. In 2019, the USA produced 8.95 million tons of nitrogen oxides. VOCs usually come from industrial solvents. They are often man-made chemicals used to manufacture paints, pharmaceuticals, and refrigerants. In 2014, the EPA estimated the USA produced 12.22 million tons of VOCs.

Under the Clean Air Act, the EPA defines safe levels of ozone at 0.07 parts per million. Too much ozone exposure has been linked to difficulty breathing, increased asthma attacks, and lung infections. Recent studies have shown that our skin plays an important role in neutralizing ozone around us.It does this with squalene, a natural compound produced by the oil glands on our skin. Squalene is a fat that our skin uses to increase hydration and protect the skin barrier. When it comes into contact with ozone, it also acts as an antioxidant, and could be the primary mechanism the body has to protect itself from ozone damage.

Ozone is made up of three oxygen atoms (O3), which is why it’s also known as trioxygen. Oxygen atoms generally don’t like to be paired in threes, making ozone very unstable. When ozone interacts with other elements inside the body, it breaks down and releases the spare atoms, leading to oxidative stress. This is a condition where the number of unattached oxygen molecules containing unpaired electrons gets out of control. Because electrons all like to be paired up, these atoms — known as “free radicals” — will steal electrons from nearby molecules. Unchecked, this process can destabilize proteins, cells, and even DNA.

Squalene in our skin acts as an antioxidant, providing extra electrons that can bind with those released by the breakdown of ozone. This prevents ozone from causing damage to our bodies at a cellular level. However the downside is what this process does to our skin. Without squalene, our skin loses hydration and the protective skin barrier is weakened. This leads to wrinkles, dryness, and increased infections.

How to combat pollution damage to skin So what can we do to protect our skin from pollution? Simply avoiding pollutants isn’t enough. Air pollution moves around our atmosphere through wind currents, so moving to the countryside doesn’t escape all the smog of the big cities. However there are things you can do to minimize the damage that pollution does to your skin.

1. Cleanse regularly
All that dirt builds up on your skin and leads to clogged pores and outbreaks. Cleansing regularly helps to combat this damage by physically removing pollutants. Micellar water is a gentle cleanser designed to attract and remove tiny particles from the skin. This makes it a good choice for combating pollutants, especially particulate matter.

2. Hydrate
Pollutants are very drying, so it's important to stay hydrated by drinking plenty of water. Hydrated skin looks brighter and feels softer. It also shows less fine lines and wrinkles, and is better equipped to protect you against pollutants and germs.

3. Moisturize
As well as drinking water to stay hydrated from the inside, give your skin some extra support with a daily moisturizer. Use a product that delivers extra protection in the form of antioxidants and key vitamins and minerals to help your skin hydrate and heal.

4. Eat well
Antioxidants are vital for combating the damage caused by pollution, and we can get lots of them from our food. High-antioxidant foods include berries, leafy greens, nuts, dark chocolate, and green tea.

5. Consider a multivitamin
Our skin needs a variety of vitamins, minerals, and other compounds in order to stay healthy. While we can get many of them from eating a varied diet, getting enough of everything can still be difficult. A multivitamin designed to support your skin, such as Qyral’s Sustain Cellular Health Supplement, can provide everything your skin needs to counteract the damage caused by pollution.

Pollution is an unfortunate and inescapable factor of modern life. However making small changes to our diet and lifestyle can support our skin, keeping it looking young and healthy for longer.